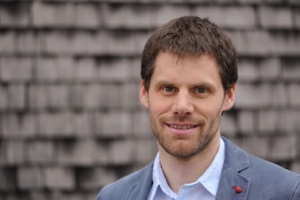 About the conference
Over the last decades, the EU has faced a number of crises, from financial and economic to migration crises, but also renewed geopolitical tensions, domestic opposition and Brexit. Such challenges have resulted in calls to make arrangements more flexible and adaptable to member states’ different needs and to different policy areas. Differentiation has gained prominence on the European agenda and is a crucial matter in today’s debates on the future of Europe, raising new questions: Is differentiation sustainable and acceptable? Can differentiation instead lead to democratic problems, or ultimately, disintegration? The DiCE Networking Conference on Brexit aims at mobilising experts and relevant stakeholders from policy-making, civil society and academia and bring them together for three roundtable debates, as well as a ‘witness panel’ with stakeholder involved in the Brexit negotiations. The conference focuses on the distinction between internal and external differentiation and on the role of Brexit for the future of the EU in general and the effects on differentiation research in particular.

About DiCE
DiCE is a Coordination and Support Action (CSA) that brings together the three successful projects funded by the EU on ‘Past, present and future of differentiation in European governance’. The project is composed of the three coordinators of the sister projects Integrating Diversity in the European Union (InDivEU), EU Integration and Differentiation for Effectiveness and Accountability (EU IDEA) and EU Differentiation, Dominance Democracy (EU3D). DiCE aims to enhance the focus on Brexit and to broaden the general understanding on the different dynamics of internal and external differentiation. More information on the project can be found here:
https://www.dice.uio.no/